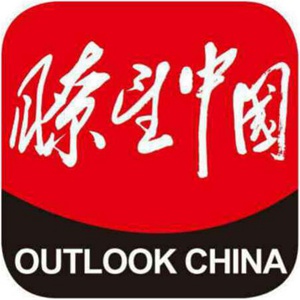 A hard-won victory by nation and its people

2020-03-09 16:22:45 Zhao Qizheng 总第422期 放大 缩小
In the third spring of the new millennium, China was struck by the sudden outbreak of SARS. It had been wreaking havoc in Guangdong Province, Beijing and Hong Kong Special Administrative Region even before many got to know what severe acute respiratory syndrome was. In the weeks that followed, 32 countries and regions reported SARS cases. Worldwide, SARS infected more than 8,000 people, over 800 of whom  died.

China was the hardest-hit area. In a sense it was also the frontline in the global war against SARS.

The outbreak of the disease put the Chinese Government and its people to the toughest ever test posed by an epidemic since the founding of the People's Republic of China in 1949.

At the beginning, a lack of co-ordinated action among different departments, smooth information flow and a properly functioning emergency response mechanism led to misreporting and inaccuracies concerning the number of SARS cases. This, in turn, led to rumour and counter-rumour and eventual public panic.

When it acted, the Chinese Government's response was swift and unswerving. On April 20, the former health minister and Beijing mayor were removed from their posts, an unprecedented move. Statistics on SARS cases were corrected and released at a press conference, which presented to the world the real picture of the extent of the SARS epidemic in China.

The response was instantaneous. China found itself the focus of the world's media.

Some sections of the Western press, ignoring the accepted fact that SARS is a contagious disease, about which we know little even today, unfoundedly reported this natural disaster was a man-made calamity of China's. One publication even carried a picture of an infected lung embedded on the Chinese national flag across its cover, an image which would be considered offensive by any country.

To date, medical experts around the world have not yet reached a consensus on the source of the SARS virus. But no matter where it originated, it is a natural disaster, just like many other epidemics that have occurred throughout history.

In the midst of the health scare, economic institutions churned out predictions that the economy of China, even that of East Asia, would be severely affected by the SARS epidemic, asserting that East Asia would be dragged into another economic crisis, possibly worse than that of 1997, and that the SARS epidemic would impact seriously on China's investment environment and dampen its growth.

Economic institutions revised down their forecast on China's gross domestic product growth, predicting that China's GDP growth would drop by one percentage point, or be reduced by half.

It is true that the tourism, catering and retail sales sectors in China have suffered badly. On the other hand, sectors such as telecommunications, sports goods, healthcare products, and family cars have seen their business soar, which has gone someway to making up for economic losses in other areas.

The three major international economic organizations - the International Monetary Fund, the World Trade Organization and the World Bank - all urged that the SARS impact on economic development should not be overestimated. They pointed out that the influence on the Asian economy could be contained and controlled, while that on the world economy would be limited.

Comments in the US ran that the epidemic was confined within limited areas of China and had not penetrated the vast rural areas, thanks to efficient preventative measures. So the impact on China's economy was not as serious as had first been estimated.

The inflow of overseas investment was slowed, not withdrawn or re-directed to other areas, and large infrastructure projects which had been delayed got under way as soon as the disease outbreak eased. So the impact of SARS on the Chinese economy was not fundamental.

With no resurgence of the epidemic, economic losses will quickly recover.

A report by the Deutsche Bank said China's economy is gaining momentum for rapid growth, and it revised up its prediction of China's GDP growth to 7.5 per cent.

The London-based Financial Times said that if China could get the epidemic under effective control by the second quarter, structural damage to the economy would be avoided, and the influence on its GDP would be capped within half a percentage point.

SARS did have a negative influence on China's economic development in the first half of the year. But that influence was partial and temporary. The general situation of the Chinese economy is sound and the momentum for rapid growth has been maintained.

Primary estimates by relevant departments indicate that the GDP growth for the first-half will stay above 8 per cent.

This bears witness to the ability of the Chinese economy to resist crises, although SARS and the Asian financial crisis were of a very different nature.

Some targeted China's system accusing it of lacking transparency. The medical system was blamed for being inefficient when it came to dealing with public health emergencies. On this point, a Morgan Stanley report stated that the new generation of Chinese leaders' handling of the SARS crisis displayed their high level of flexibility and encouraging transparency.

Timely action by the Chinese Government and the proven positive outcome have won broad acclaim from many quarters, including some areas of the world's media.

The disease has exposed weaknesses in some areas of our systems and the need for improvement. But as a nation we are fully capable of making those improvements.

In the midst of the fight against SARS, the State Council signed into effect a regulation on May 12 to deal with emergencies concerning public health.

It took a record seven days for Beijing to build a 1,000-bed hospital for SARS patients in Xiaotangshan, at a cost of 160 million yuan (US$19.33 million).

SARS victims from among the urban poor, farmers and migrant workers were all given free medical treatment. And preventative measures were taken among the transient population in the cities, and from cities to rural areas. A three-level prevention network, encompassing county, town and village levels, was established nationwide.

Thanks to the extraordinary and efficient preventative measures enacted, China avoided potentially devastating consequences by successfully blocking the epidemic from penetrating the extensive rural heartland.

In May, a visiting World Health Organization (WHO) official recounted his three "surprises" in China. One was that he planned to stay for a week, but after witnessing the wisdom and resolve displayed by the new generation of Chinese leaders in tackling the SARS crisis, he prolonged his stay to 45 days, during which he experienced the ever-closer and better co-operation between the Chinese Government and the WHO.

He said that one could not have imagined what great progress China had achieved in so a short period as one month. It is a new milestone on China's road of reform and opening-up.

Foreign commentators wrote that in the fight against SARS, the world witnessed the no-nonsense working practice of the Chinese Government, who took surprisingly harsh measures against those who neglected their public duties.

Subtle and positive changes have taken place in the country's political and social environment, the working practices of officials, and in the media. Such changes inspired the Chinese people and enhanced their confidence.

One concrete action by the leaders is more encouraging than a hundred empty slogans. What the government has done will be long remembered by the people.

Under the threat of SARS, the Chinese people also displayed unusual calmness and strength. They stood fast at their own posts, encouraging and supporting each other in various ways.

The united will of the people, as called for by President Hu Jintao, proved to be the most powerful weapon in combating SARS.

In the newly-built Xiaotangshan hospital in the northwest of the capital, more than 1,000 medical staff worked round-the-clock shifts, putting aside their own safety. They fought a ruthless battle against SARS with the weapons of science, faith and professional devotion.

Altogether more than 900 medical workers in the Chinese mainland were infected with SARS, accounting for one fifth of the total. Some even lost their lives. Many who had recovered from SARS resolutely returned to their posts.

In the true tradition of the founder of modern nursing, Florence Nightingale, they lived up to their Hippocratic oath.

The contribution and sacrifice of the medical workers will be remembered always.

A WHO official praised the Chinese medical staff, remarking on how very hard they had worked and saying China should be "proud of them."

To support the work in those disease struck epicentres including Beijing, volunteers everyday in other cities queued to donate blood. Moving stories mushroomed across this vast land. At this testing time of crisis, the national cohesion of the Chinese people was strengthened and expanded.

The 5,000-year-long Chinese civilization is the source of our confidence and strength.

SARS prevention measures enlarged the distance between people, but shortened that between their hearts.

Today, people are back outside doing their exercises in streets, in alleys, in green areas and squares, wearing confident smiles. They have emerged from the shadow of SARS and have grown from the experience.

On June 24, the WHO lifted its SARS travel advisory on Beijing and removed it from the list of areas with recent local transmission. Beijing was the last city on the Chinese mainland to be taken off the alert.

We expect, and believe, that Taiwan will also be free from the threat of SARS in the next few days. The WHO travel advisory was earlier lifted, but that concerning recent local transmission remains in effect.

As quickly as the disease exploded, the world has witnessed an equally abrupt mobilization in fighting SARS, and equally rapid achievements. Globalization has made it possible for epidemics to spread to major cities around the world within 24 hours. But that same economic globalization has also encouraged the formation of joint forces in the world to fight such diseases.

Here I would like to pay my sincere thanks to those countries and international organizations who have contributed greatly to China's winning the battle against SARS.

The SARS crisis shows us again that mutual care and support are so important since we share one planet.

The author is minister of the State Council Information Office. 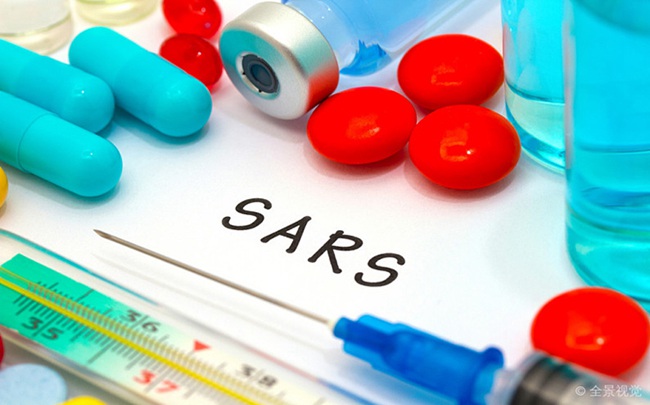 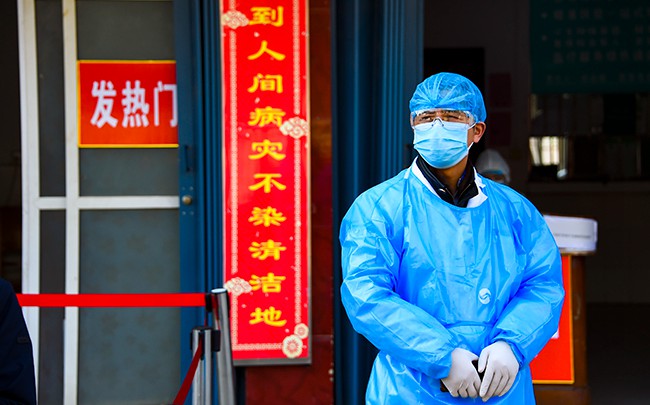 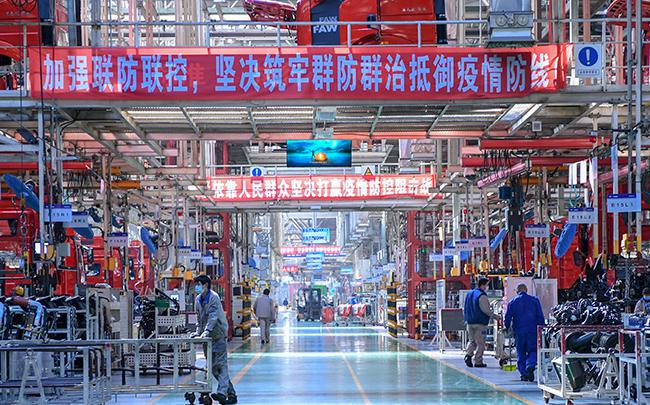 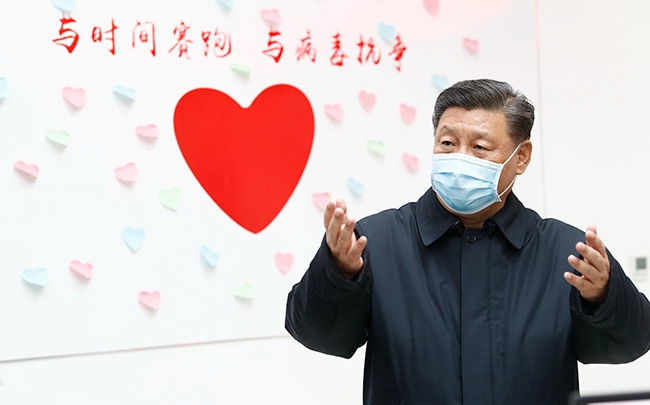 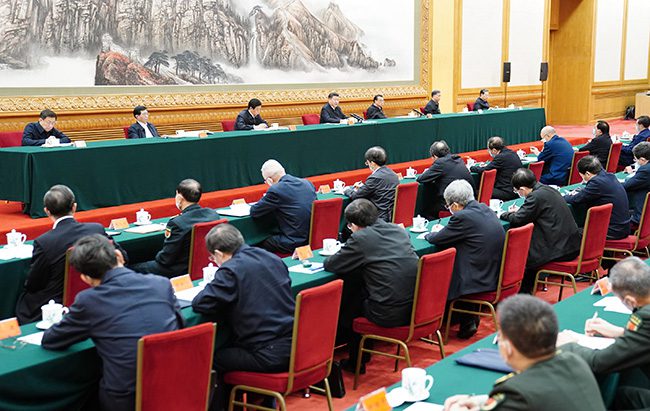